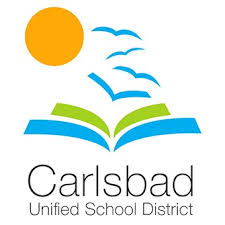 Prior to arriving in San Diego County, Dr. Benjamin Churchill, superintendent of Carlsbad Unified School District, had only known #GoOpen second-hand from posts trending on Twitter. When Dr. Churchill arrived to the Southern California region, he learned that over 10 districts in the region were participating in #GoOpen. Within a few months of starting as superintendent, he and his district team excitedly agreed to join the #GoOpen movement. Dr. Churchill quickly went to work reaching out to superintendents from local #GoOpen districts in order to learn about their experiences using openly licensed educational resources or OER as they are commonly known. “OER,” he stated, “allow teachers to curate and design educational resources from materials that are free to use and alter, and for Carlsbad Unified, they presented an opportunity to engage teachers and give them a platform to learn, share, and create resources with an active community of innovators”.

As teachers and district leaders learned more about OER, excitement and energy was palpable, but it was important to Dr. Churchill and the team to not rush the process of assembling a well-rounded team. They knew that the transition of curriculum from static textbooks to open resources could be a complex and arduous process, and would necessitate a multi-year implementation strategy that was supported by multiple stakeholder groups. Dr. Churchill took steps to build a diverse district-level team including the director of technology, directors of elementary and secondary education, principals, and Teachers on Special Assignment (TOSA) for technology and instruction. To get started, the team would focus on replacing one traditional textbook with OER in one grade level and content area.

The second phase of the #GoOpen implementation process in Carlsbad Unified will be to further educate leaders and teachers in the district’s sixteen schools. The ultimate success of the project will depend on fostering engagement by ensuring that everyone from site level administrators to teachers are part of the work. One of the reasons that Carlsbad Unified joined #GoOpen so quickly was excitement over what OER could do for learning and teaching. Up until this point, they didn’t have a coherent or systematic way to support teachers in collecting or creating their own resources; #GoOpen is giving them a way in which to connect and share resources. Dr. Churchill reflects that, “It gives teachers a better way to handle material consumption and adoption. It helps district teams, superintendents, and cabinets work together, and helps connect me to superintendents from other states engaged in similar work.” #GoOpen is built upon a strength in numbers. When more educators are connected, a stronger network is built, which allows new districts like Carlsbad Unified to quickly integrate themselves into the #GoOpen community.

For districts interested in joining #GoOpen, Dr. Churchill had these points of advice: